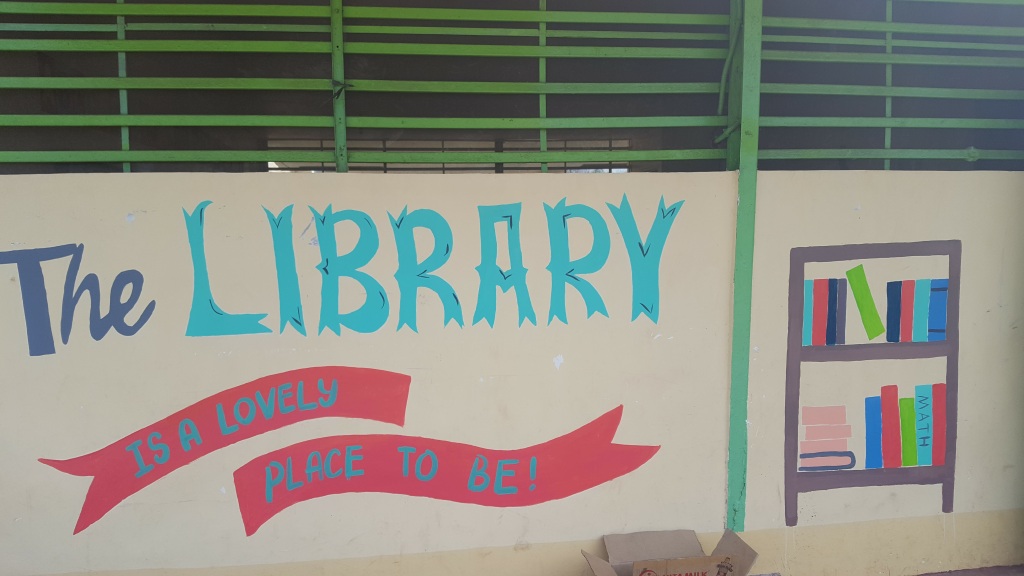 Just over a month ago, I was given a chance to go to a nearby town and help the GoAbroad Foundation create a library for a school in need. When I say nearby town, I mean about an hour and a half jeepney ride away! The town of Dagami is home to Patoc Elementary School. The GoAbroad Foundation and GAPLabs (Kayla’s office) selected this school and pooled donations that would go towards creating a functional library and fun learning environment for the children of Patoc elementary. Together with all the staff of GoAbroad, we set off in our jeepneys, full of books and supplies, to transform an empty classroom into a welcoming library.

When we first arrived and saw the room, we knew it would take some work to get it all done in the time we were scheduled to be there. There were old tires, metal poles, old desks, lots of dust and spiders, and a few other things being stored in the room. Luckily we had plenty of man power. Within an hour we were able to clear the room of debris and begin prepping the floor and walls for wax and paint. We used coconut shells that were cut in half as scrapers to clean the floors and the wax is put down to make it easier to clean the dust. Once all the hard work was finished, the room was ready to be transformed.

The creative minds of the GAPLabs tech team came up with designs for us to paint on the walls of the library. These designs included some funky looking cactuses, a “Read More Books” mural, a teepee, a banner, the GoAbroad Foundation symbol, a GAPLabs symbol, and the sign outside the room that lets you know where the library is. Along with the paintings, we also cut out letters to create the alphabet above the chalkboard in the room. Foam floor puzzle pieces were also used on the floor so the kids could have a comfortable place to read if they didn’t want to use the tables and chairs, which were also donated. 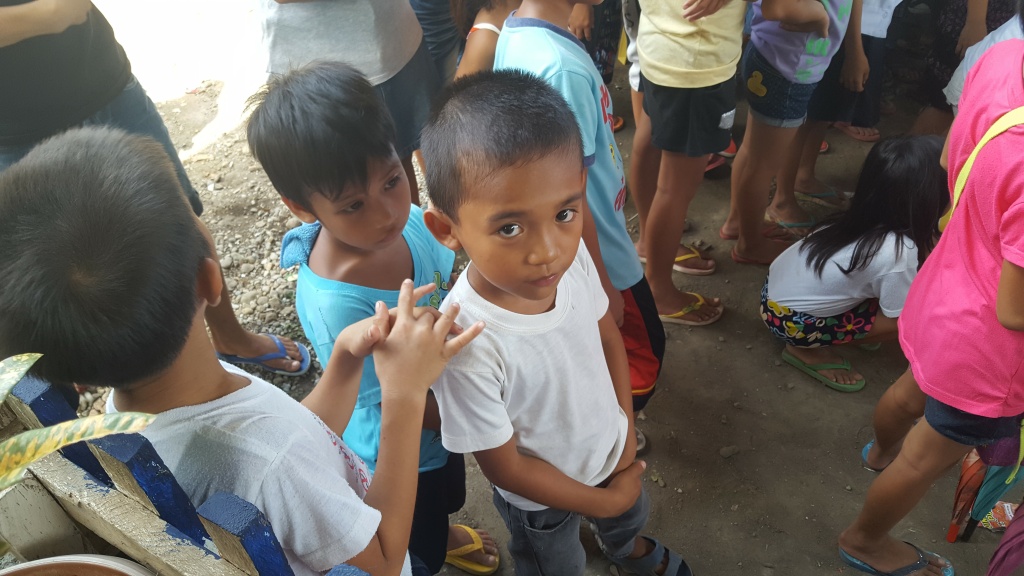 During and after all the hard work being put in by the GoAbroad staff and I, we also had games for the kids and distributed school supplies to grades K-6. Our super MC’s Aureen and Raymart did great at keeping things as organized as possible. With hundreds of kids and parents it wasn’t so easy trying to coordinate the games. With the help of many of the other staff members, we were able to play multiple games with all grade levels of the students, and hand out snacks and prizes for the winners. After the games, in a pretty well organized fashion, we handed out school supply packets to each grade and the kids did great as they patiently waited for their turn. I was really surprised how well it went (to be honest) because there really were hundreds of people there and the kids listened really well. It was really fun to watch! After the supplies were distributed, we gave them a snack and played a few more games as the others were wrapping up the completion of the library. To most of our surprise, we actually finished early, which wasn’t really expected when we showed up. But we did it and Patoc now has an awesome library where the kids can go and fill their brains with knowledge.

It was really fun being able to do this with all the staff members of GoAbroad — they all worked hard. It was also a brown out (no electricity) so not only did they work hard, but there were no fans or aircon to cool off! So for many hours of work put in, and little relief from the hot humid air, the group pushed through with smiles on their faces and a good looking library to show for it. I want to thank the staff for letting me join them on this project and I hope there are more to come!

View all posts by Tyler Packard

Living in: The Philippines

GET TO KNOW US